The museum keeps in storage some original films of the Sufi History:

All films have been scanned by former workers of the museum. Some of them have been published on You Tube by Alim Vosteen. Click here: SUFILAB You Tube 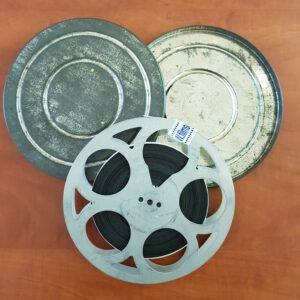 Old can containing the film role of the 1926 film of the Summerschool of that year made by Jan Wildschut.