During her lifetime, Murshida Shahzadi (1908– 1995), the wife of Pir-o-Murshid Musharaff Khan, founded and managed the Sufi Museum in her house at Banstraat 24 in The Hague. 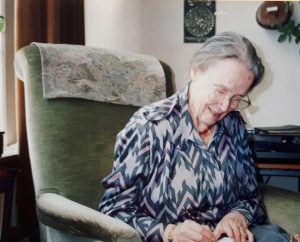 She felt it was important that the early days of the Sufi Message in the Western world should not be forgotten. The focus of the museum was and is Pir-o-Murshid Hazrat Inayat Khan and his three ‘Companions’.  The Companions were Inayat’s brothers Maheboob and Musharaff and his cousin Ali. They travelled to the West from India and joined Inayat in the early 1900’s to lay the foundation for the Sufi Message in a form that could suit the western world.  With unwavering commitment, they lived up to their ideal and offered the Sufi Message, not just to the West but throughout the world.  Their legacy lives on today and the Sufi Message continues to be an inspiration and a source of love, harmony and beauty to many.

Murshida Shahzadi bequeathed much of her legacy to the Sufi Museum.  After her passing in 1995, Hamida Verlinden, Zubin van de Besselaar and Hennie Simon took the greatest care in curating and managing the museum collection at Banstraat 24. All kinds of objects: musical instruments, texts, letters, photographs, images, books, furniture,  clothing and various other miscellaneous items, were preserved, described, archived and displayed by Hamida and Hennie. They continued this work for many years, true to Murshida Shahzadi’s vision. However, in 2016, the building in the Banstraat became financially unviable.

In 2018 the collection was moved to the Sufihouse at Anna Paulownastraat 78  in The Hague. Two spacious rooms were reserved on the first floor for this purpose. A chronological format was chosen for organizing the museum display: Inayat Khan’s early life in India, his journey to the West, in particular his stays in America, Russia, England and finally France (Suresnes). The Companions of course also receive ample attention. 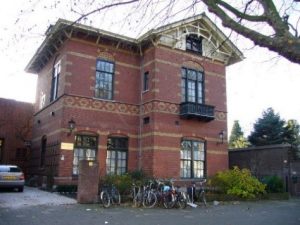 In both halls of the museum, the board has tried to recreate the atmosphere of that time, as well as offering an informative and historical approach.  The objects, the stories, the photographs, all help to bring this special time back to life.

As Inayat Khan said at the end of his prayer, Salat, “May the Message of God reach far and wide, illuminating and making the whole humanity one single brotherhood, in the fatherhood of God.”  His message is clear: we are one, in the One. It is with this spirit we offer the Museum, and the history it contains, to the future.